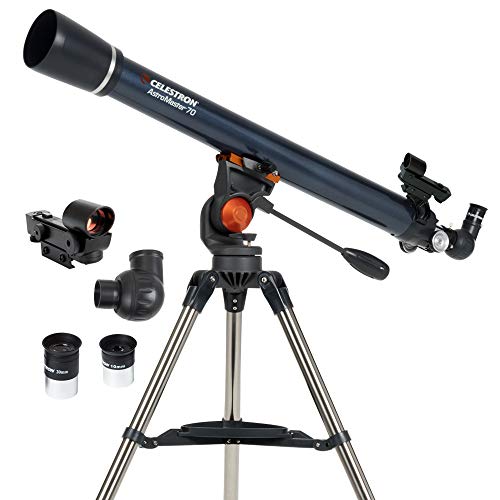 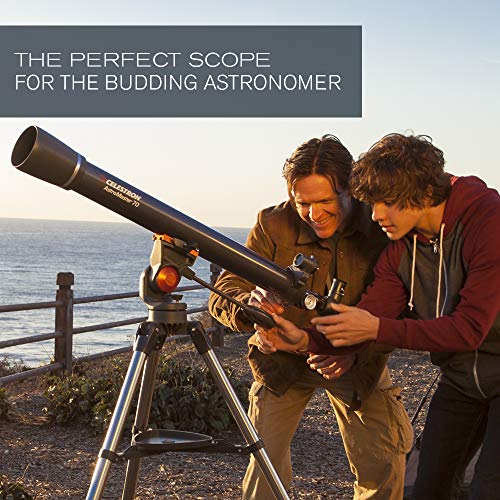 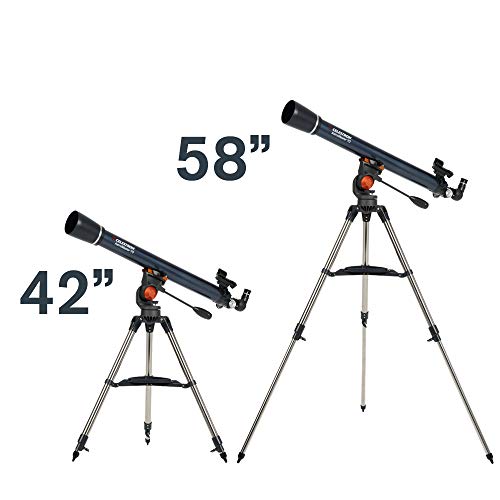 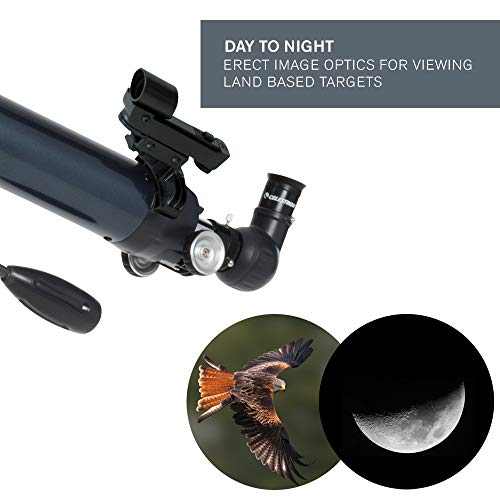 90%
Other reflector telescope
Popularity 0-100 scale indicating how frequently people buy the product online. Recalculated daily.
99 / 100
Rank: #2 out of 149.
Details
Info
Color Mouse over a color for a picture
Blue
Weight

Celestron AstroMaster 70AZ is a very popular option on the lower end of the price range. It has dozens of popular alternatives in the same price range, such as Meade Polaris Equatorial or Celestron PowerSeeker 127EQ .

Celestron AstroMaster 70AZ was released in 2018. There are dozens of newer reflector telescopes on the market. Show newer Reflector Telescopes